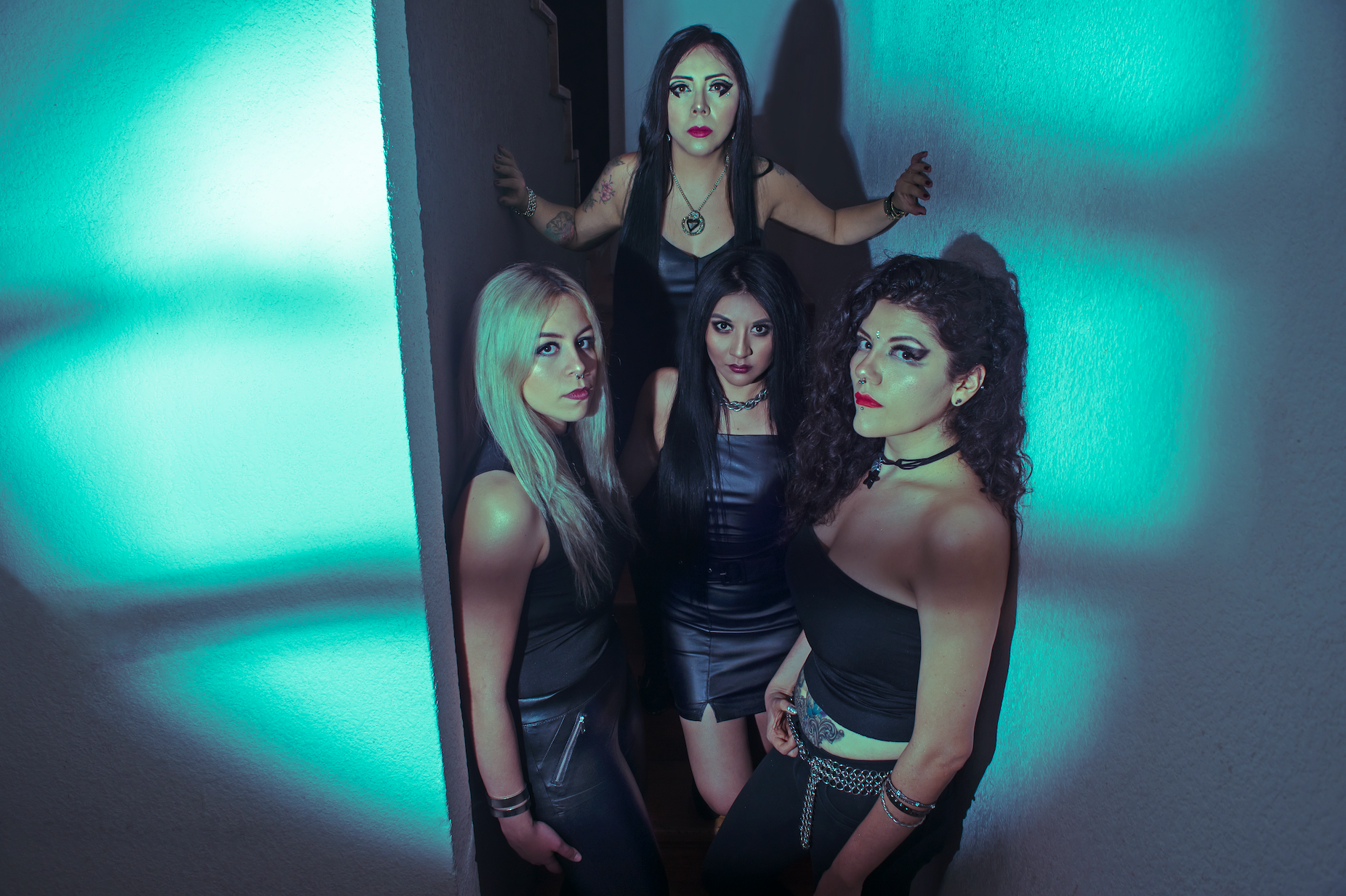 “Introtyl” is composed of the words “In” & “trotyl” (Trinitrotoluene, TNT) meaning “To be inside dynamite”. Composed only by women, the Mexican band started to performing shows in 2010 with a little set of four original songs and three covers (“Bolt Thrower’s “Cenotaph”, Hypocrisy’s “Killin’Art” & Napalm Death’s “Unnecessary Evil). While composing and recording their first demo, the girls began to play concerts through Mexico in many cities in late 2011, all of them crowded and from then on- sharing the stage with many Mexican bands but also international bands such as Severe Torture, Unleash The Archers, Gorguts, Nervosa, Jungle Rot, Cattle Decapitation Suffocation, etc. In 2011 the first demo was released while the girls were already working on new songs and finally, in 2013, a debut album (“Several Sates Of Violence”) was recorded and released.

Even if Introtyl had several lineup changes, causing some delays in their next releases (two EPs released in 2014 and 2017), in 2018 the band worked hard focusing on the international market. In January 2018, their second album “Creation of Insanity” was recorded and released in Mexico City in July with a sold-out show. The band was invited to the Canadian fest“Trois Rivieres Metal Fest” and, once again, shared the stage with international bands, having a great acceptance and consolidated as a “Revelation band of the fest 2018”, according to TRMF press and fans.

Since August 2018 Introtyl covered tour dates between Mexico, United States (Chicago & New York) and toured once again in November to Canada with Exotoxic, having around 11 tour dates from Ontario to New Scotland with big success because of the fan base they have reached.

During the pandemic, Introtyl continued to play festivals in Mexico whenever it was possible, consolidating their strong presence in the Mexican death metal scene due their long path, music and quality performs. Now, a new chapter for the Mexican girls opens, with a new record deal signed with Danish underground extreme metal label Emanzipation Productions. 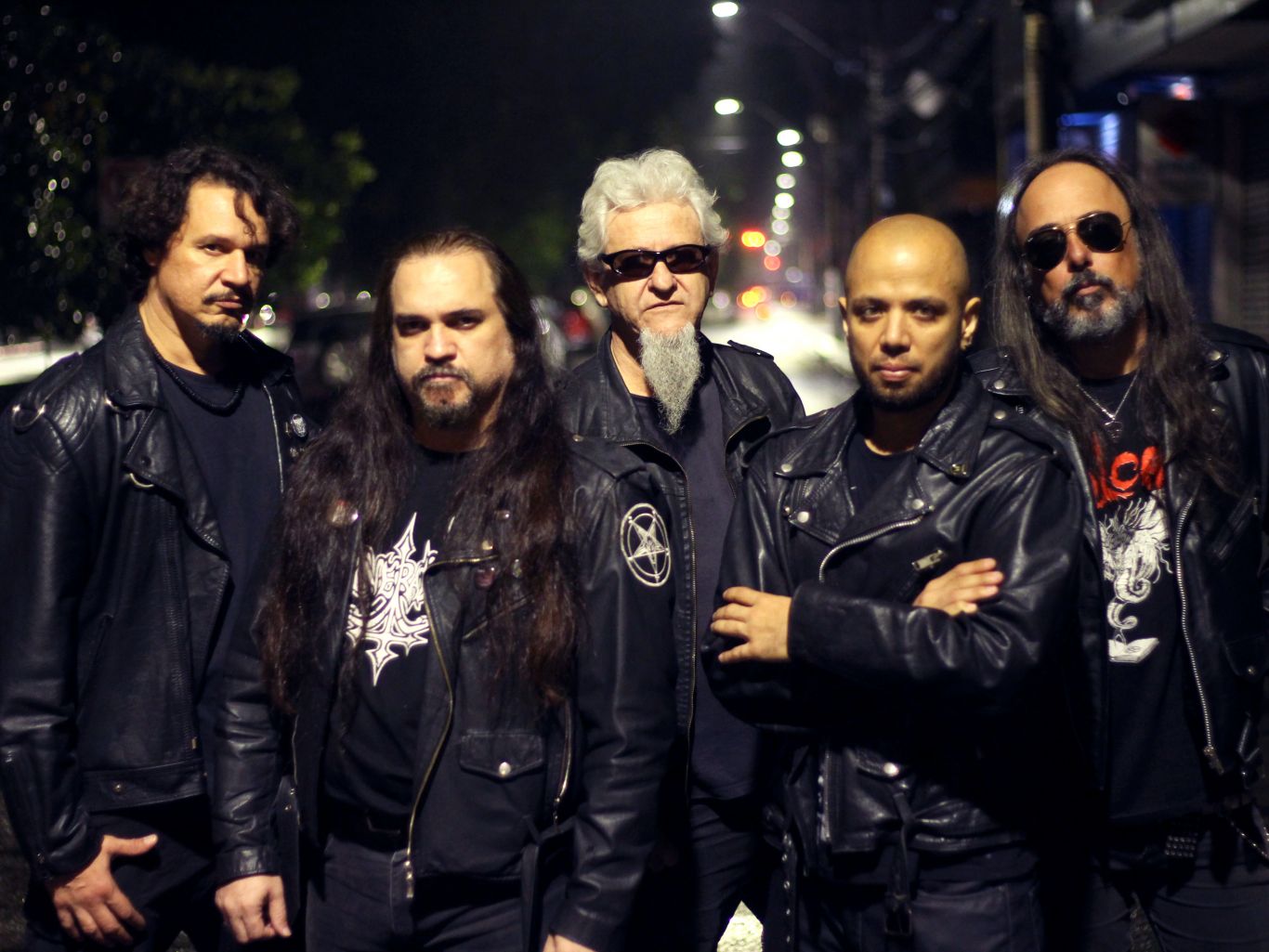 Brazilian black/death/thrash metal legends VULCANO is now a part of the Emanzipation cult crew. The band from São Paulo released their latest album “Eye In Hell” in early 2020 worldwide on the Danish label Mighty Music and is now working on a worthy successor.

Vulcano is a part of the Brazilian Unholy Trinity (together with Sarcófago and Sepultura). In fact, it was the first of the three bands to release a studio album, back in 1986. Ever since then, the group has released 10 full-length albums, toured the world, and kept the South-American extreme metal alive. 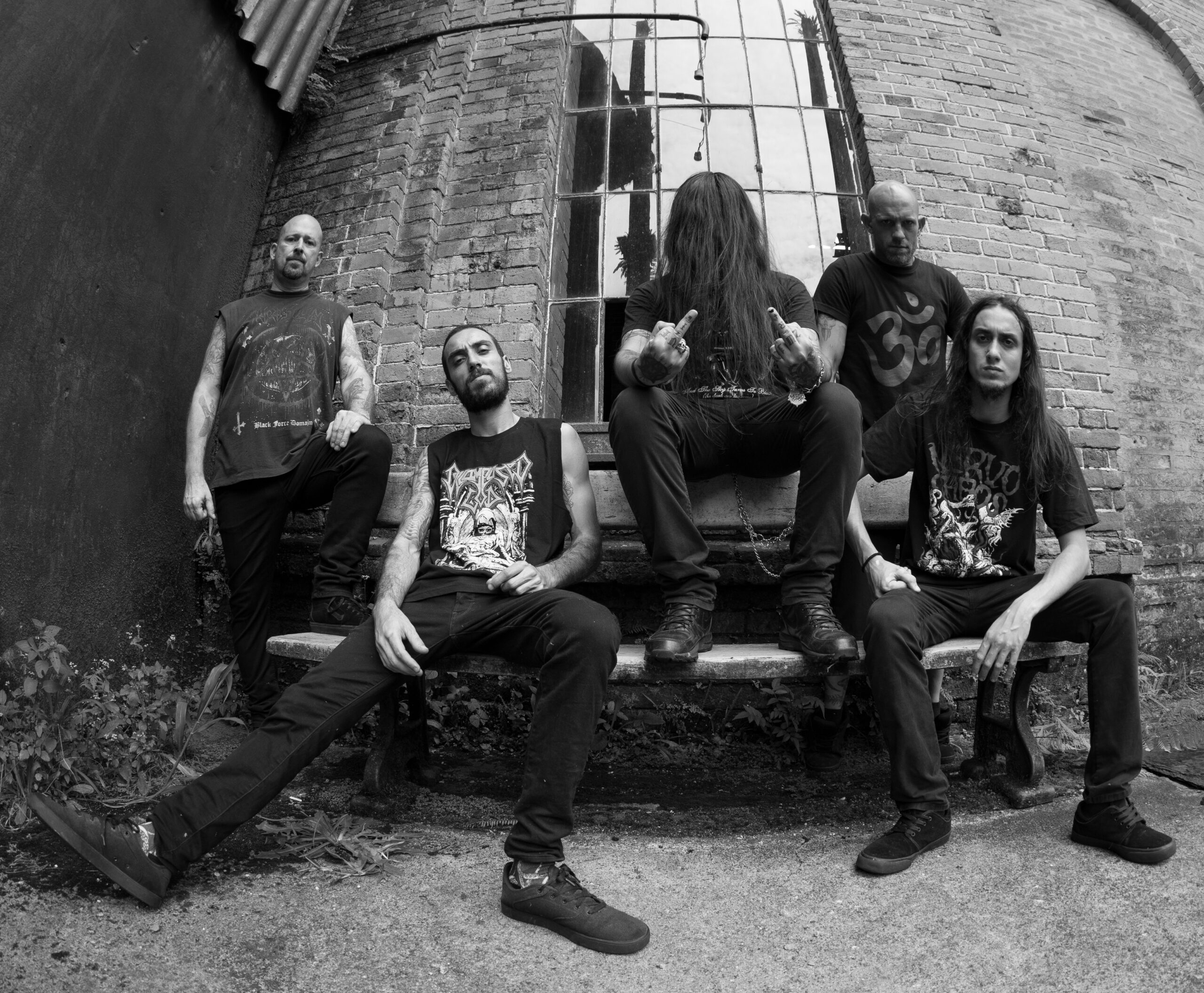 Fed-up with the entire trend flooding the scene, Nervochaos was born in São Paulo – Brazil in the spring of 1996, with the idea of creating aggressive and chaotic extreme music.

Nervochaos gained cult status in the music scene due to their hard work over the past 25 years, offering a sonic extravaganza in their unique way. The group has eight full-length studio albums out and is constantly touring worldwide to support their releases, doing around 100 concerts per year – from clubs to festivals. 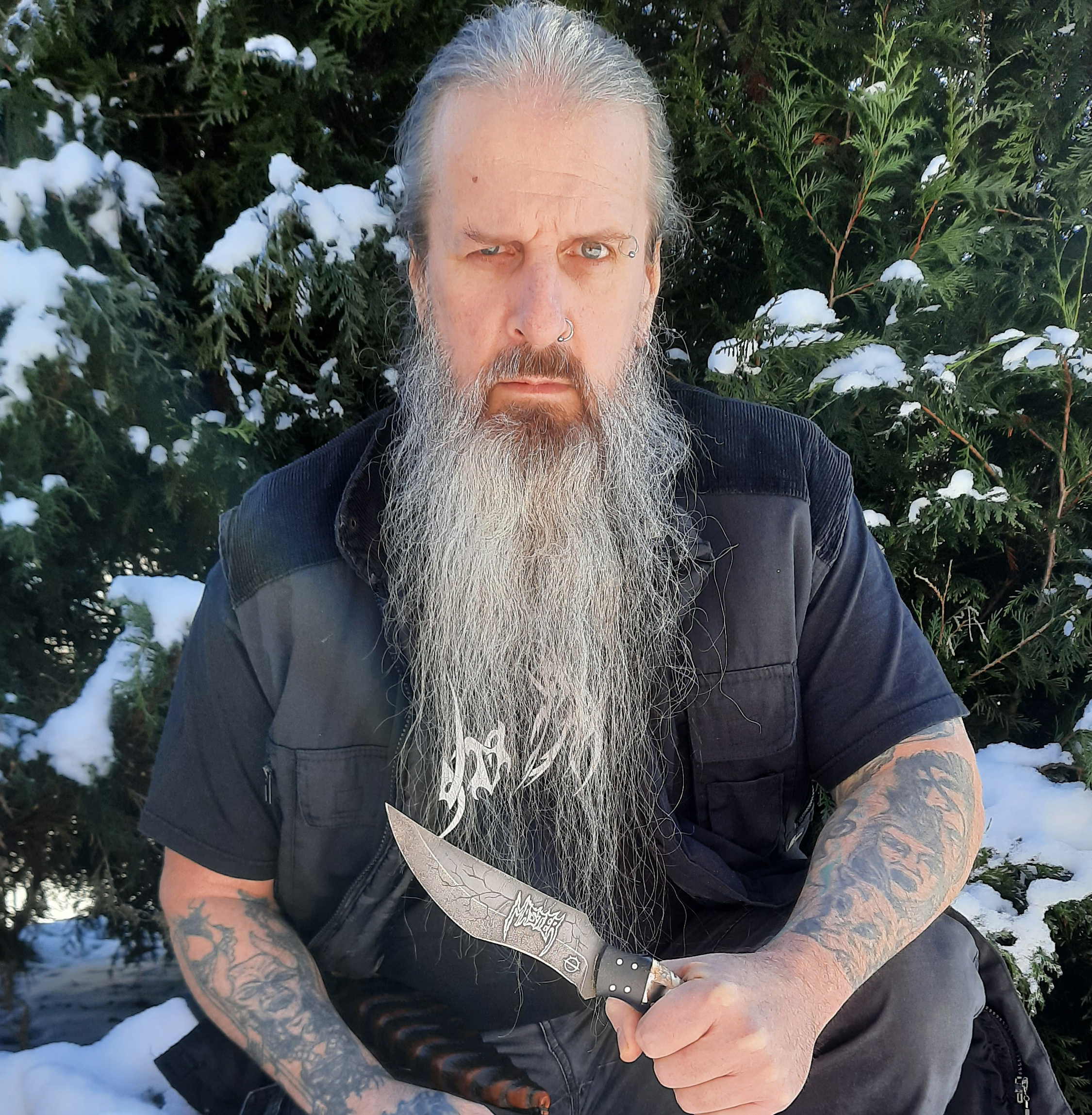 Paul Speckmann has been synonymous for “Metal” ever since 1982, since helping put together his first professional Doom Metal band War Cry. In 1983 he started Master as a thrash metal band. Due to internal problems, it was put on hold and Speckmann started another band, called Death Strike in 1984 for which he recorded one demo, which was later released on Nuclear Blast with different tracks recorded later in 1991, as an album.

After obtaining a deal for Abomination in 1989 on Nuclear Blast, Master was approached a week later, and Master re-surfaced to record a full-length album as well. The band subsequently broke up in its original form two days after the recording.

The previous two original members were replaced shortly afterward by Aaron Nickeas, from Abomination on drums, and Jim Martinelli from Burnt Offering on guitars. This period was followed by the Fleische tour with Master as headliner, Abomination as support, and Pungent Stench in the middle of both acts. Nickeas and Speckmann played in both groups for 26 dates on this tour.

Speckmann also re-recorded the self-titled debut album with some different track as well, which was really some of the Master songs re-recorded with Martinelli and Nickeas. Nuclear Blast turned this down, and decided to remix the original previous recording with Schmidt and Mittelbrun. The recording with Martinelli and Nickeas was then released as the Speckmann Project. Speckmann also played, and wrote all the songs for Abomination and recorded two albums with them.

He also played in the Master-Krabathor side-project Martyr and released one album with the troops! Speckmann and the band Krabathor, with which he played four years also recorded two albums together. In 2013, the American musician (currently living in the Czech Republic) also started a death metal project with hyperactive Swedish guitar player Rogga Johansson (Paganizer, Ribsbreader, Down Among The Dead Men, etc)..

Now, the Speckmann Project resurfaces to continue the legend… 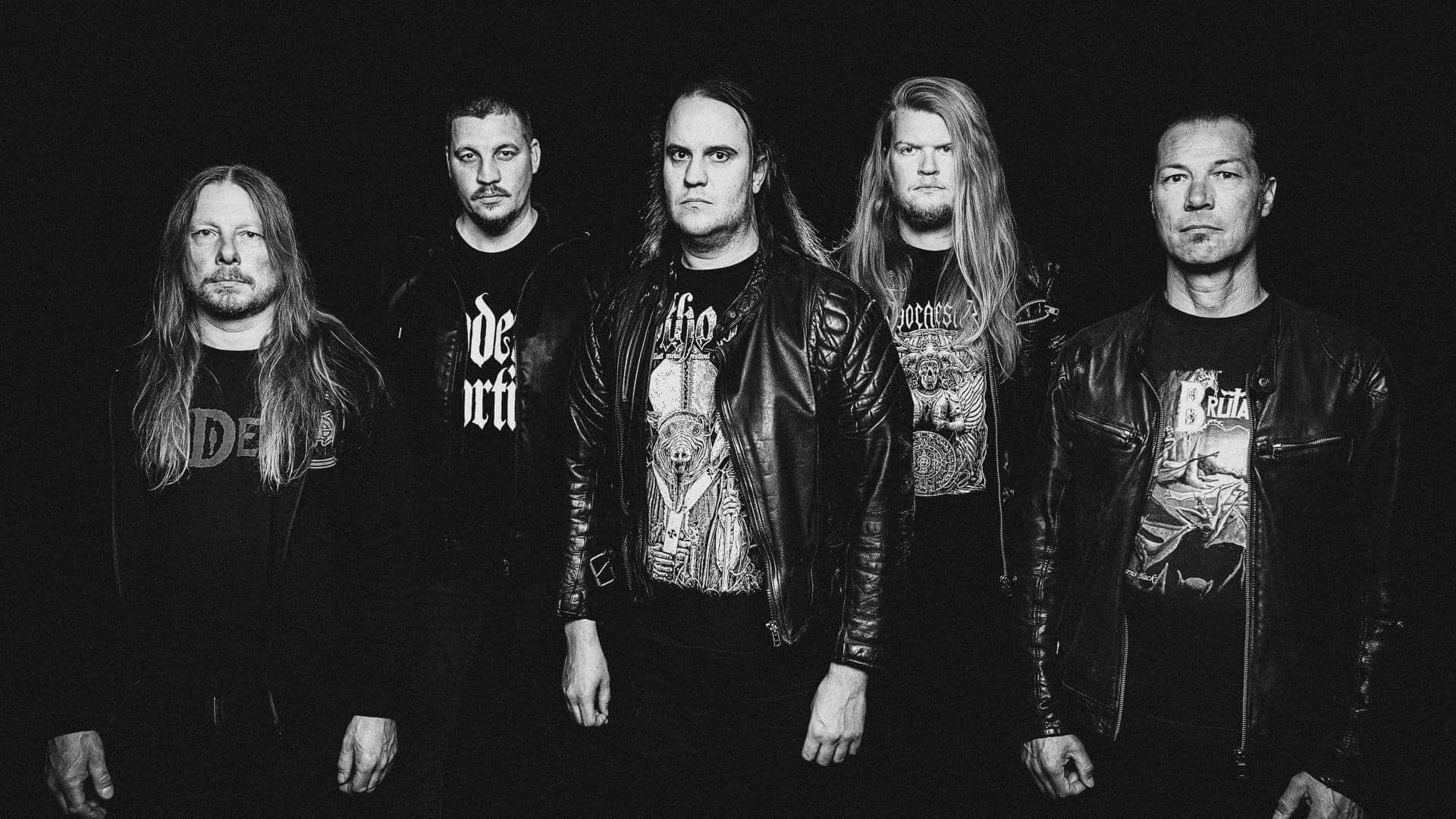 The band is also known for being an unrelenting live force, with appearances registered in stages across Germany, Luxemburg, Czech Republic, Austria, Croatia, Poland, Slovakia, and The Netherlands and festivals such as Czech Death Fest, Fuck The Commerce, Headbangers Bash, Kaltenbach Open Air, etc.

In 2021 Bloodphemy announced a new record label partnership with Emanzipation and their new album, “Blood Sacrifice”, was released on September 3rd. 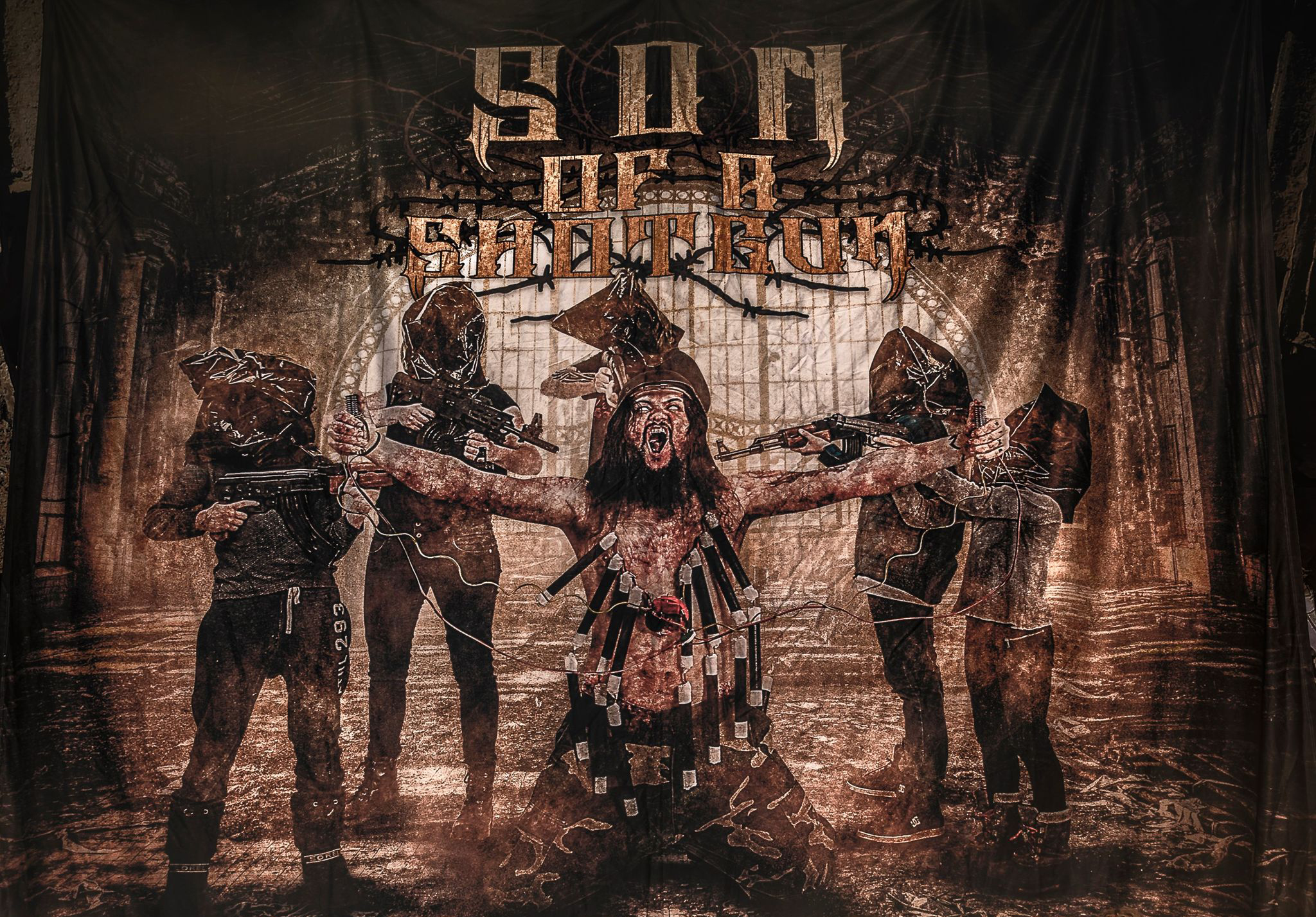 After the release of “The Mexican Standoff” Meathook kicked off a Norwegian tour, covering all the biggest cities and headlining the Southern Discomfort festival. In their touring, SOAS even played with Cannibal Corpse and made a documentary of it. 2018 was the year of the SOAS zombie squad. The project turned to a full line-up, with some of the best extreme musicians in Norway. The mind-blowing debut of the band happened in Oslo in 2019. Fully uniformed, war-painted. A military precision gig.

In 2021 the band signed to Emanzipation Productions and released a new album, “Be For Oss Alle”, on September 11th. 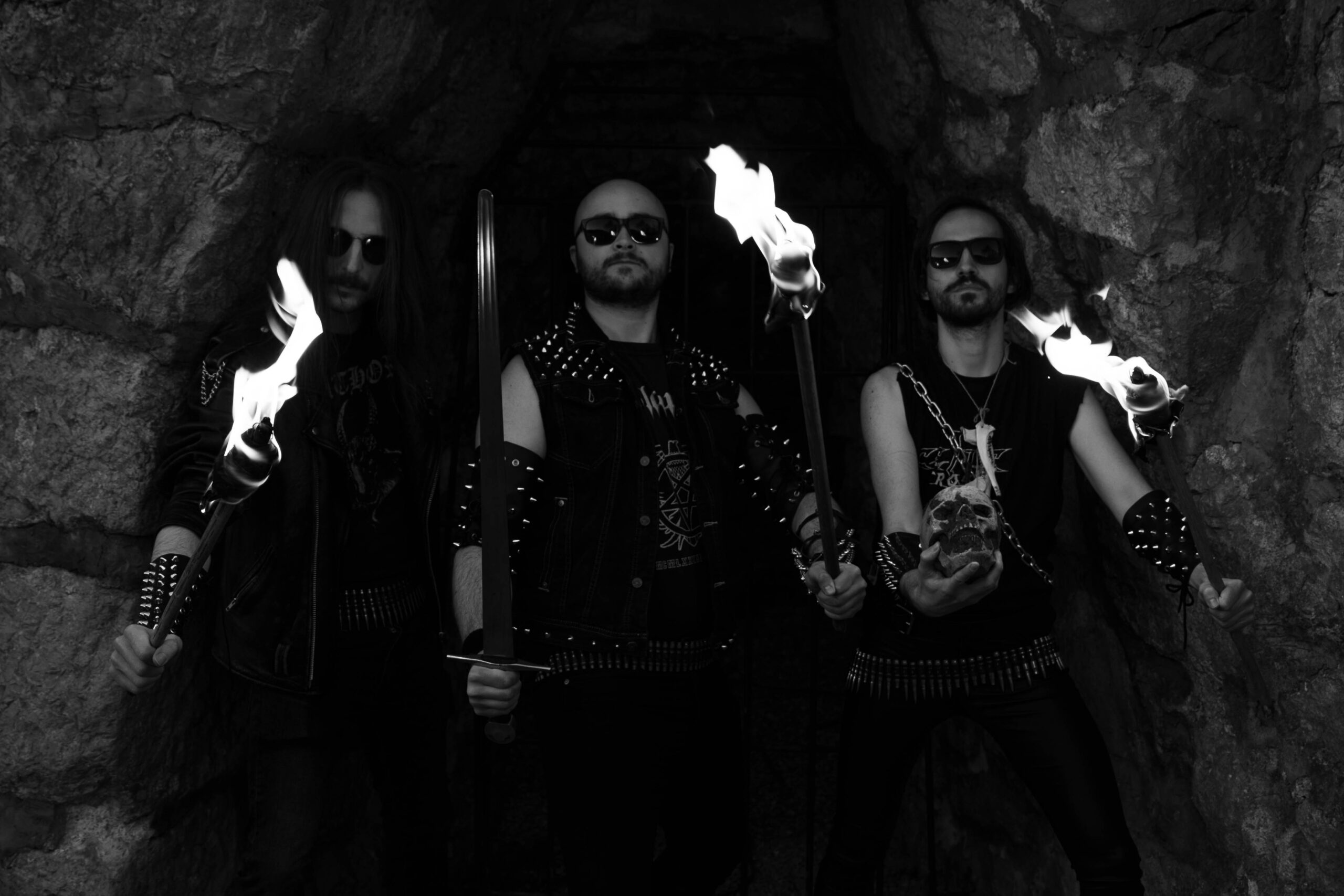 Slovenia’s answer to the first wave of black metal, HELLSWORD’s goal has always been to exhume the most ancient blackened speed metal out of the crypt it had been unrightfully interred into. Formed in 2009, the band has developed a cult following after the release of their demo ”Blasphemy Unchained”.

Drawing influence from early black metal pioneers such as Venom, Bathory, and Hellhammer as well as newer bands like Destroyer 666 and Nifelheim with an added touch of heavy metal, the trio comprised of Mark Massakre, Mike Manslaughter, and Ironfist now returns with their first full-length album, “Cold Is The Grave” to be released in September via Emanzipation Productions. It builds upon the band’s previous work with nine tracks ranging from face-melting speed to slower paces and dealing with topics such as devil worship, the end of the world, death, desolation, mortality, and the absurdity of human existence.

Ever since its formation, the trio has been dedicating themselves to the pursuit of bringing back the sound, feel, and atmosphere of the first wave of black metal. The band has, besides the now cult demo “Blasphemy Unchained” also released the “Sounding the Seventh Bell” EP and has played numerous shows both in Slovenia and abroad.

In September, the debut full-length album “Cold Is The Grave” was unleashed to an unprepared world. Nine songs of pure blasphemy that will soon be upon you, when the band resumes touring. 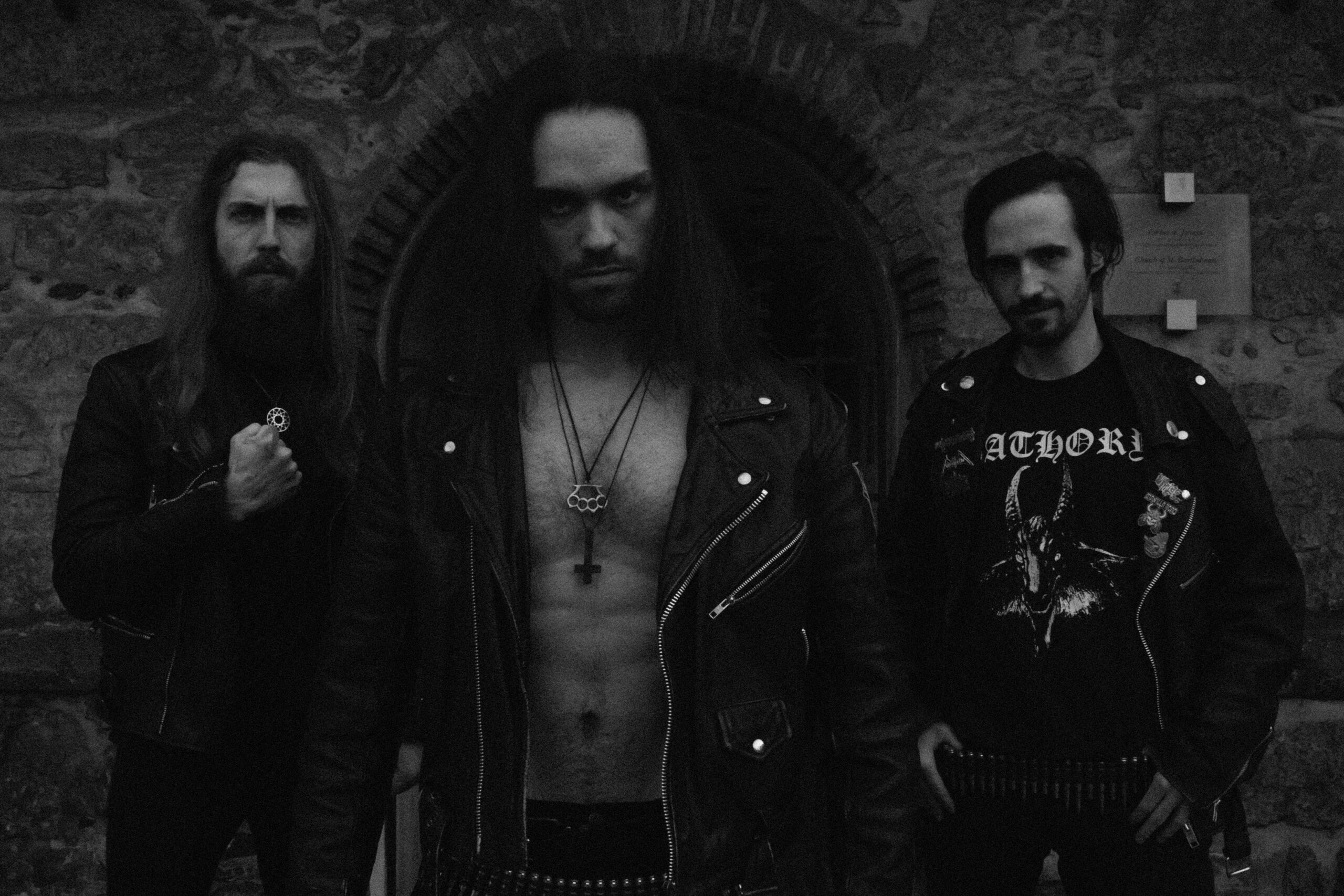 Ensaguinate is Slovenia’s putrid entry into the death metal grimoire of old, performing sinister sounds inspired by Possessed, Morbid Angel, Grotesque and Nihilist, along with a somber tinge of black metal. The mission statement behind Ensanguinate is to play death metal with an occult 80’s atmosphere that adheres to the original morbid vision of the genre before it experienced mainstream appeal. All of these traits are encapsulated within the group’s catchy and pummeling debut EP, “Entranced by Decay”, featuring four songs of fast, abrasive death, that will be released by Emanzipation in May.

Formed in 2020, Ensanguinate originally released “Entranced By Decay” as a demo to positive reviews in August 2020. Four tracks of blistering death metal described by US heavily trafficked website No Clean Singing as “An electrifying, neck-cracking romp packed with jittery and jolting fretwork as well as monstrous echoing growls and livid howls”.

In addition to garnering online praise, Ensanguinate has also managed to navigate the global plague and perform live; the band is looking to hit the road as soon as the pandemic lets up and is already hard at work on their debut LP to be released by Emanzipation Productions. 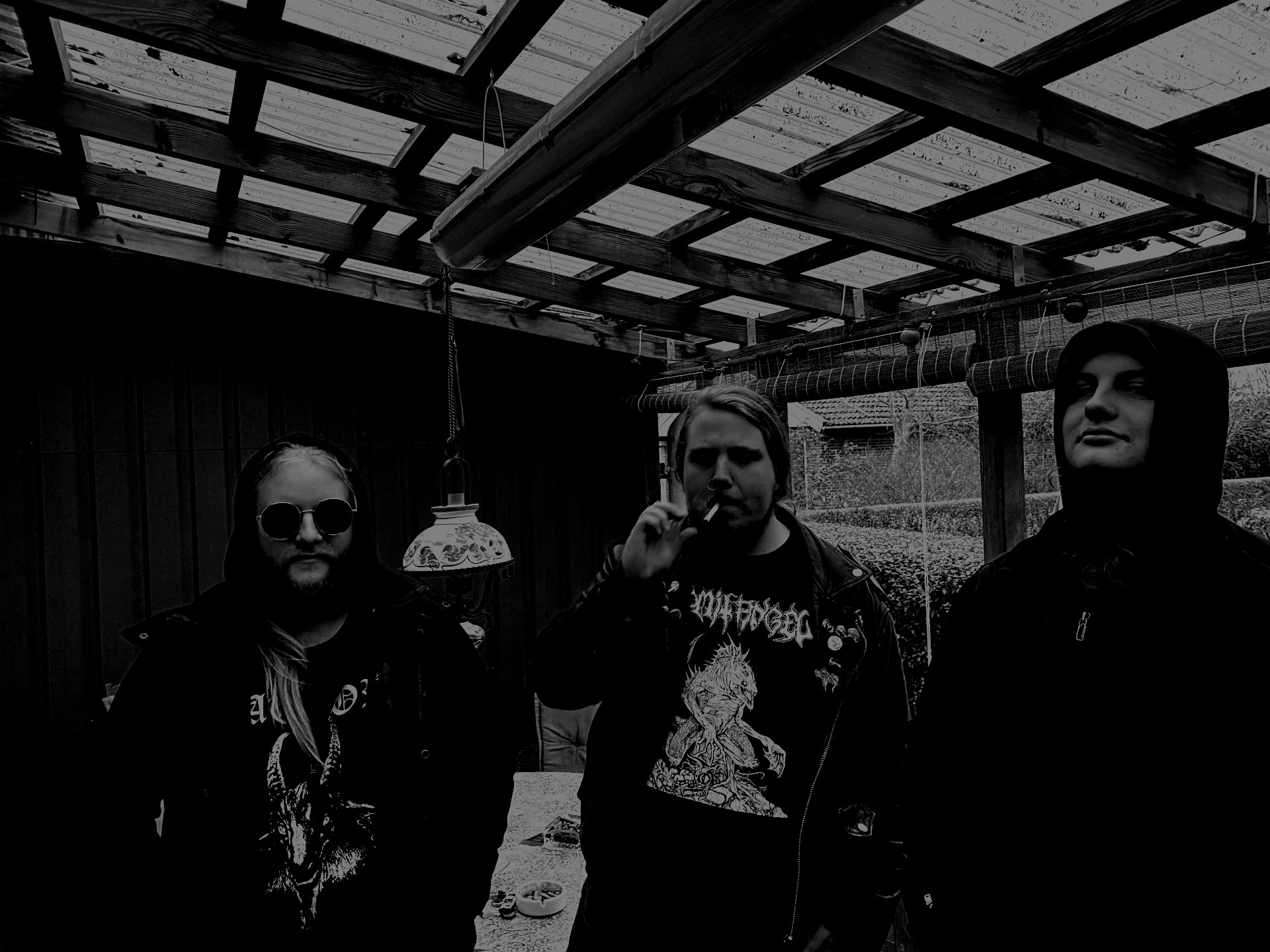 Forming back in 2015 with Strømberg, Jonas Jørgensen on bass and Christian Stahl on drums, this lineup only produced one demo the “Reincarnated Through Bloodshed” demo, before the lineup fell apart. Through the years 2016 and 2017 Dennis created and recorded the “As Life Ends” demo, with the goal of continuing the band in a darker and more desolate style of death metal.

The “reformation” came in 2017, where Dennis switched to drums and Lasse and Christian joined the band on guitar and bass. The intention was to create music that echoes the bowels of hell. By using lower tuned guitars, guttural hymns, and intense drums. That vision has remained since then in the band. Though the “Engulfed in Pestilent Darkness” album, the hymns have only gotten more desolate and Apocalyptic. Which has come across the few concerts the band has played from 2017 to now. And that comes across on the new album, “Armageddon”, to be released on Emanzipation in September 2021.

Blistering skies above the majestic landscapes in a cloud of misty woods, Shiny Daggers enter the unholy world of Nordic Metal. Fire souls, darkness unite, as the devil inside unlocks lurking spirits in a fascination of sexual lust and strangulation.

Shiny Daggers sharpen its teeth and penetrate deep with bloodred hatred in a vicious battle to protect the values of Nordic Metal And Culture.

Repeat again, again & again. Necro, Necro, Necro. Come to me in death, naked and wide open. Desecrate, and love your hate, don’t suffocate on your own fate.

Come to me. Look at them kick. The devil inside. Every single one of us. To hell…..

WE HAIL NORDIC METAL AND CULTURE