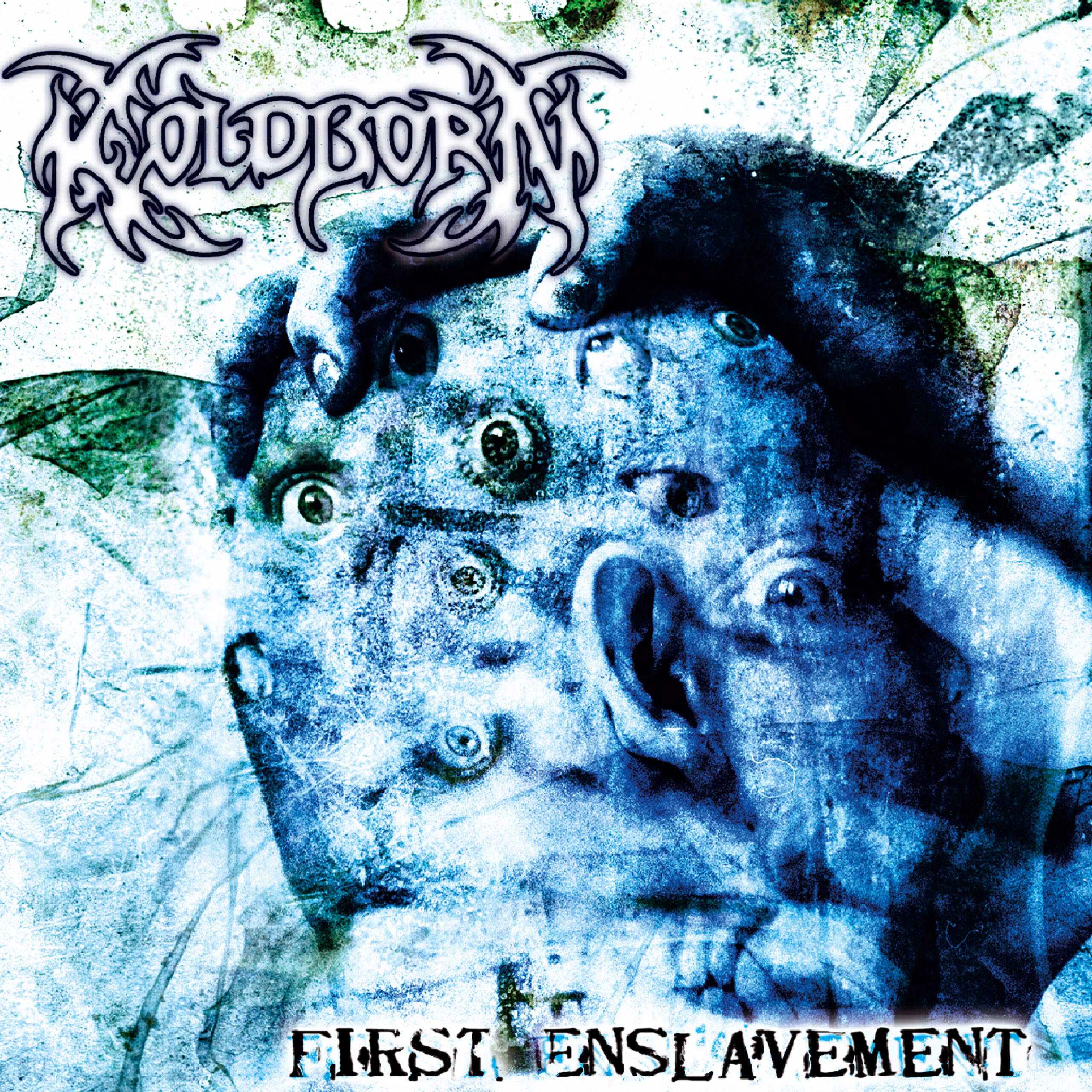 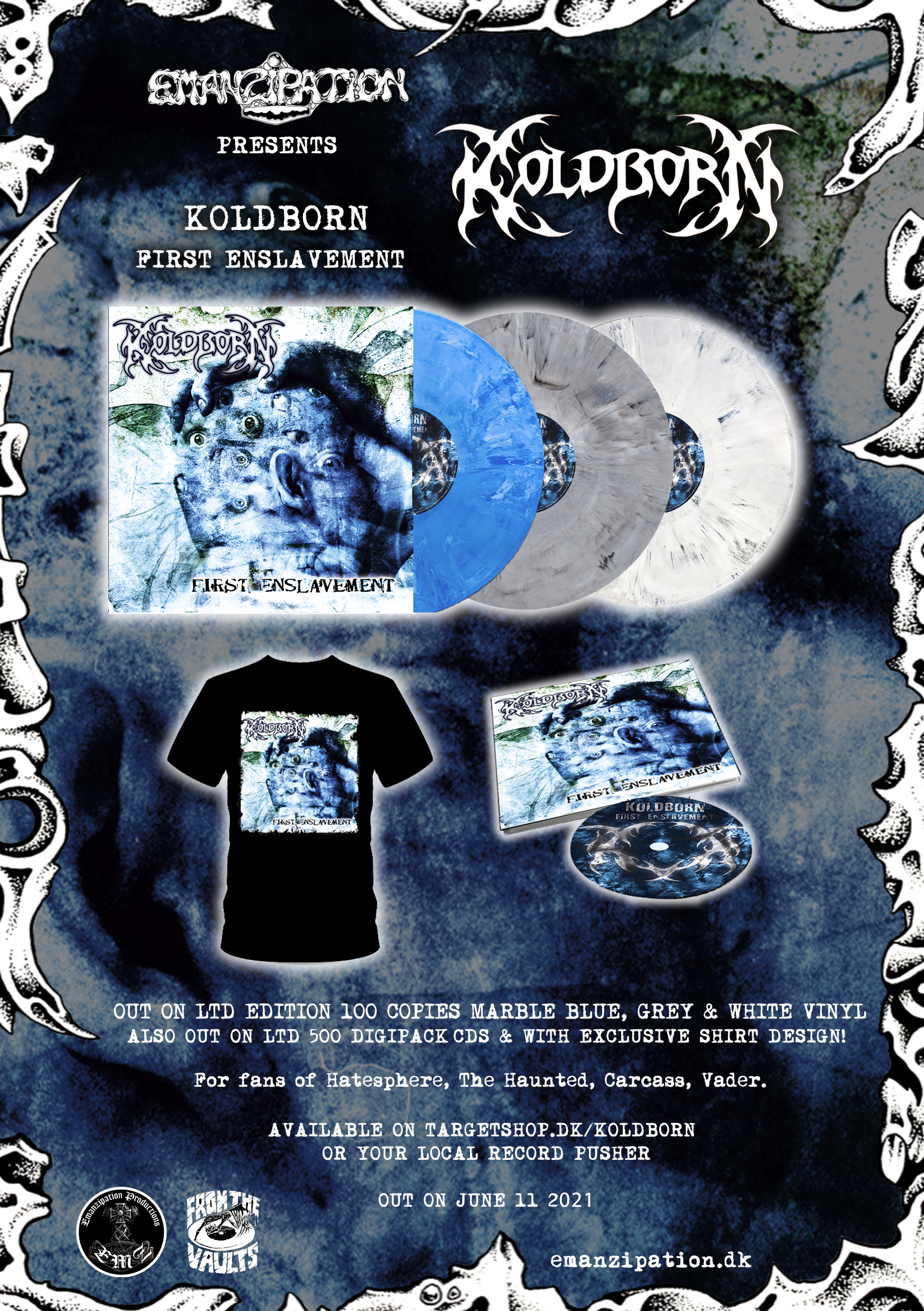 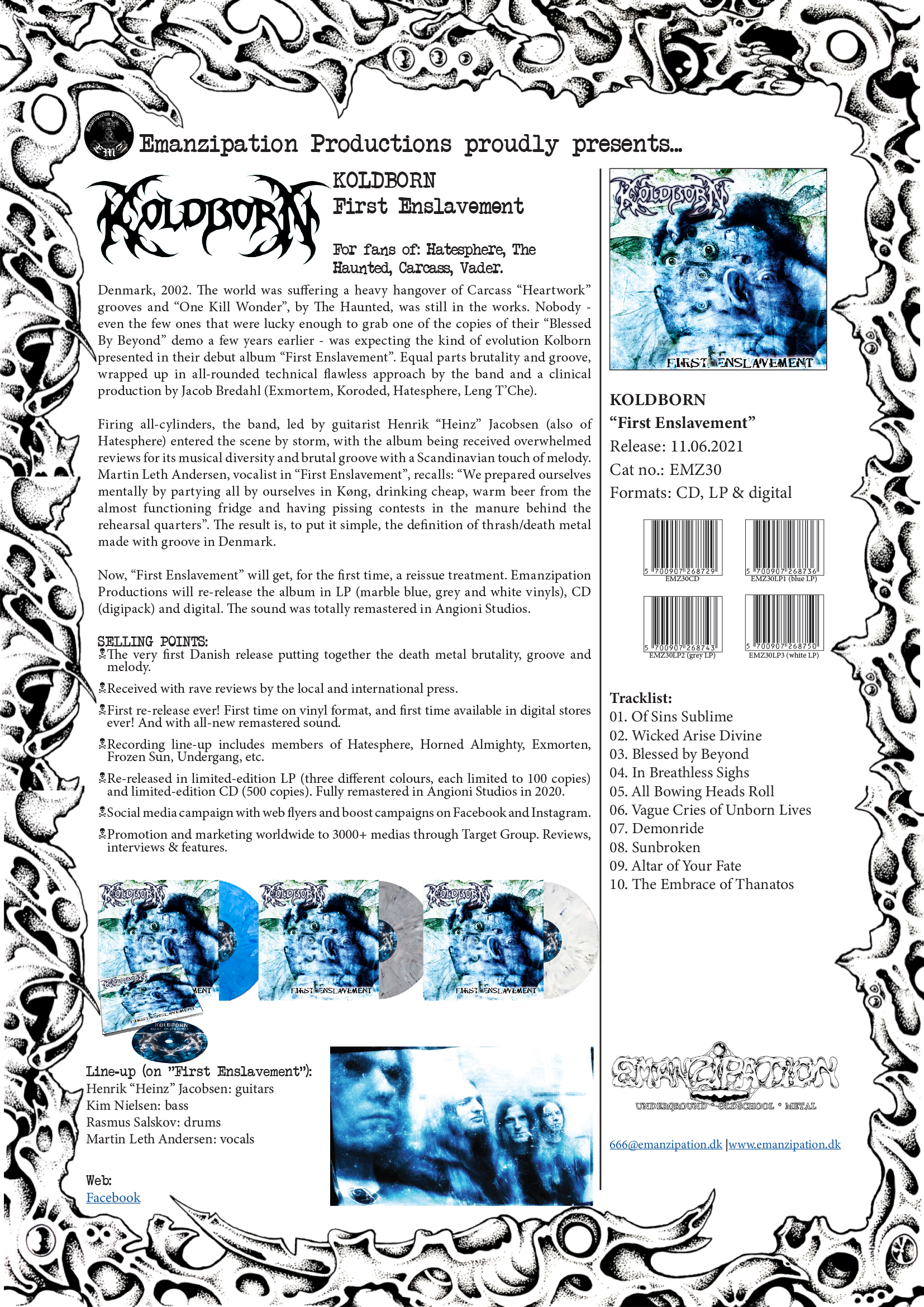 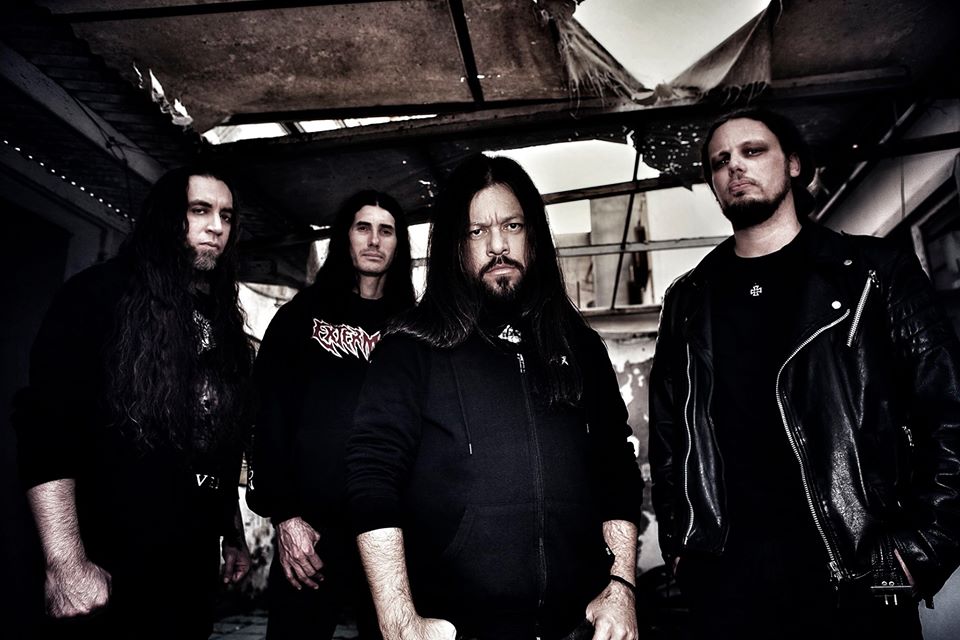 Guitarist Marcos Moura started the project after the split-up of NEPHASTH, one of the most prominent Brazilian death metal bands in the early 2000s, of which he was a member. The band recorded an EP in 2010, influenced by Death Metal, Grindcore and Thrash Metal.

During the recording of the first album, there were changes in the line-up: guitarist Rafael Barros, another former member of NEPHASTH, was invited to join the band. With the album recorded by the original line-up, leaving only the recording of a few backing vocals by Barros and the final production and mixing, the band released the album titled “To Beyond” in December 2015 with physical and digital worldwide distribution by Danish label MIGHTY MUSIC and the following year in Brazil by CIANETO DISCOS.

The album received praise from the international and Brazilian specialized media. Critic and editor Dom Lawson of the renowned English magazine METAL HAMMER in February 2016 issue commented: “In addition to the rare joy of hearing a young death metal band that truly grasp what makes the genre great, To Beyond proves that Brazil’s love affair with underground extremity has spawned a terrifying new monster. “. In July 2017 there is a new lineup change, Brazilian Black Metal band SYMPHONY DRACONIS singer, Marcelo Nekard, takes over vocals and bass. The band continued to perform and in February of the following year, they were part of the cast at the important OPEN THE ROAD OPEN AIR FESTIVAL in Londrina (Brazil), which brought together more than 30 bands from various countries in South America.

In 2018, drummer Sandro Moreira (REBAELLIUN, EXTERMINATE) joined the band. So, in December the new lineup was officialized with the announcement of the beginning recordings of a 4 tracks EP. In November 2019, the band announced that “Chaos Matter” will be the name of the new record. The production is once again signed by Henrique Fioravanti of FROM HELLCORDS STUDIOS (Porto Alegre/Brazil). As a preview of this release, the digital single “Sudden Inversion” was released on 13 December 2019.

The EP will be released in July 2020 by CIANETO DISCOS in Brazil and worldwide via danish label EMANZIPATION PRODUCTIONS in physical format and digital. 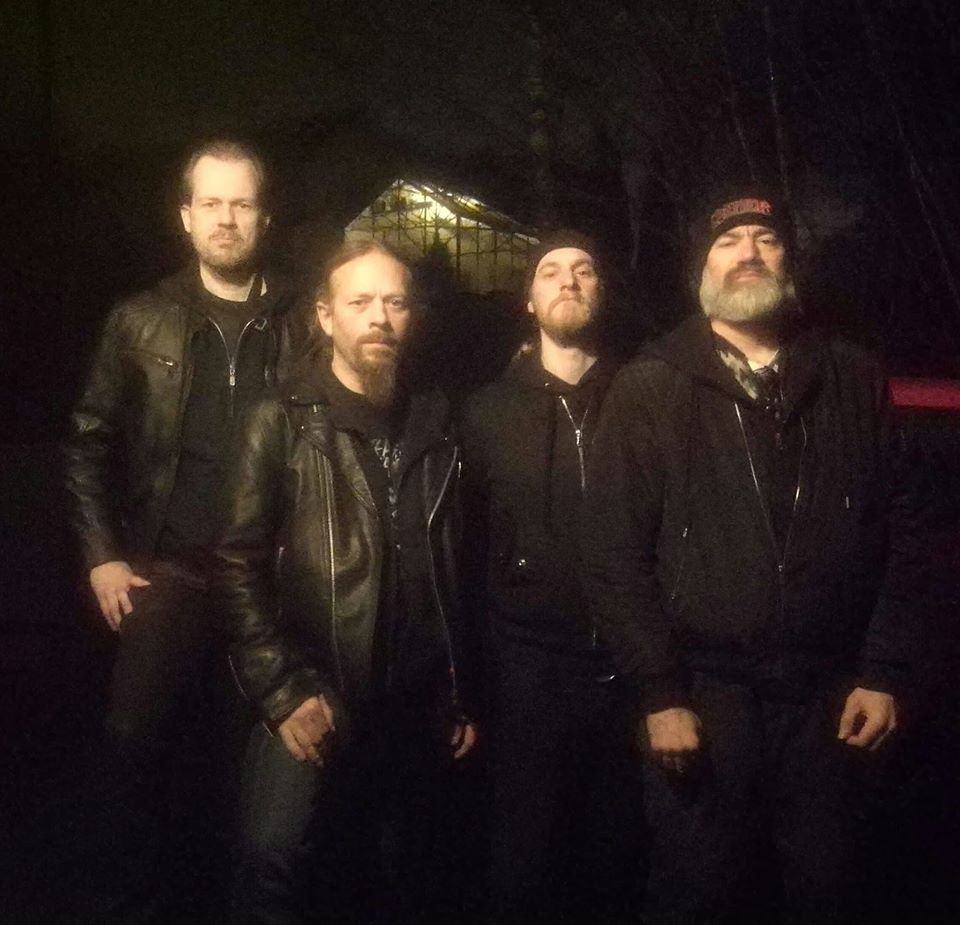 The Death metal entity known as NOMINON was formed back in 1993. In the following years several demo tapes were released and spread within the underground. The first show took place in February 1996 when they supported DISSECTION and DISMEMBER. After the “Promo 1997” cassette, the band ended up signing with the underground label X-TREME RDS. which later on resulted in the debut album “Diabolical Bloodshed”, an album that was recorded at the classic SUNLIGHT STUDIO in Stockholm, Sweden during 1998.

In the coming years, lots of turbulence and sickness tormented NOMINON and it took quite some time to stabilize things. A Mini-CD/12″ vinyl entitled “The True Face Of Death” was taped in 2003, and released by the labels NUCLEAR WINTER RDS (CD) and TPL RDS (Vinyl) during 2004. A new line-up, new recording agreement with KONQUEROR RDS and BLOOD HARVEST RDS were signed 2004, and the first proper European tour took place during the autumn as support to the UK Death Metal pioneers BENEDICTION. The band recorded their second album “Recremation” at NECROMORBUS STUDIO with Tore Stjerna in early 2005. The album was a huge success throughout the international underground upon its release. In May NOMINON performed at the festival Fuck The Commerce in Luckau, Germany in May, and later in the year, they went out on their second European tour, this time together with the US icons VITAL REMAINS.

In Early 2006, NOMINON made their first promotional video, for the track “Hordes Of Flies” from the album “Recremation”. In the summer, an official US release also saw the light of day when DEATHGASM RDS and the band hooked up for the first time. Another CD release worth mentioning is the “Remnants Of A Diabolical History”, a collection of rare recordings, it was released during the same year as well. 2007 the guys returned to NECROMORBUS STUDIO to record their third opus “Terra Necrosis”. Throughout the summer, NOMINON joined forces with NUNSLAUGHTER to tour Europe.

Another chapter of success was written in the summer of 2008 when NOMINON did a co-headlining North American tour together with Alabama’s QUINTA ESSENTIA. Assorted dates were played in support of the masters INCANTATION. The guys also managed to perform at the highly acclaimed festival CENTRAL ILLINOIS METALFEST. The following autumn, DEATHGASM RDS re-released the debut album “Diabolical Bloodshed”. NOMINON also made a long European tour during October ’08 with the Germans HOLY MOSES and the longtime UK mates BENEDICTION. 26 shows in four weeks.

The recording of album #4 took place in September ’09 at the now re-located NECROMORBUS STUDIO in Stockholm, Sweden, with producer Tore Stjerna. The album we’re talking about; “Monumentomb”, was released in March 2010 on CD and LP. After the release, the guys went over to USA and toured there over the summer. Later in the year, NOMINON co-headlined the extreme Metal festival KILL-TOWN in Copenhagen, Denmark together with DEAD CONGREGATION. In early 2011 the band played several shows in Poland, Denmark and Sweden as well as released a brand new 7″ EP entitled “Manifestation Of Black”.

October 2012 DEATHGASM RECORDS released the fifth NOMINON album; “The Cleansing” on LP/CD. The album was recorded at STUDIO HELL by Robert Ericsson and mixed/mastered by Javi Feléz and drummer Perra Karlsson at MOONTOWER STUDIOS, Barcelona, Spain. In 2013 the band also celebrated twenty years of existence by releasing a collection album entitled “Decaydes Of Abomination” including songs from the very early demo days, the albums and EP’s up till today. As a bonus, the CD also comes with the “Hordes Of Flies” promotion video from 2006.

Early 2014 there was also a split 7″ EP with MORBOSIDAD released, featuring a brand new NOMINON song; “Of Ancient Craft”. They also kickstarted the year by playing two gigs in Sweden with the mighty NIFELHEIM. In June the same year, they were invited to do a mini-tour of Spain together with the old school maniacs GRAVEYARD, including a killer performance in front of a thousand freaks at Move Your fucking Brain Festival in Barcelona, together with good friends INCANTATION as well. In September the guys also performed at Mörkaste Småland Festival in Hultsfred, Sweden together with PRIMORDIAL and TRIPTYKON among others. In November the label Doomentia Rds released a split 7″ EP with NOMINON and GRAVEYARD including two MOTÖRHEAD covers, to pay a little tribute to Lemmy and the boys. That EP was released just in time before the European tour supporting the Black Metal monglers VALKYRJA. Another kick-ass split 7″ EP with a brand new NOMINON song “Rigor Mortis” was also released by Empire Rds before the end of 2014, this time sharing the black gold with the legends of Death; NUNSLAUGHTER! Probably one of THE most brutal EP’s ever released.

In February 2015 NOMINON headlined the extreme Metal festival DEATH KILLS in Stockholm, as well as tourturing Russia for a couple of shows in March. The guys also headed out on the road in Central Europe together with the American old-schoolers CARDIAC ARREST in April under the banner of “European Death Toll”, performing as the last band ever on the highly acclaimed and classic Death Metal festival Neurotic Deathfest in Tillburg, Holland, even after cult acts such as IMMOLATION and OBITUARY. After the band’s performance at IN FLAMMEN FESTIVAL in Germany, they decided to take a break.

That break seems to be over now during 2020, as a new agreement with Denmark’s finest MIGHTY MUSIC/EMANZIPATION PRODUCTIONS has been sorted out. To start up this new collaboration, the band and label will bring you a compilation of 7″ EP releases entitled “Yesterdeath”, that will be released later in 2020, including all original NOMINON titles ever released on seven-inches. This amount of 13 songs will be released on the LP and CD format, as well as on all relevant digital platforms.

The funeral march goes on… 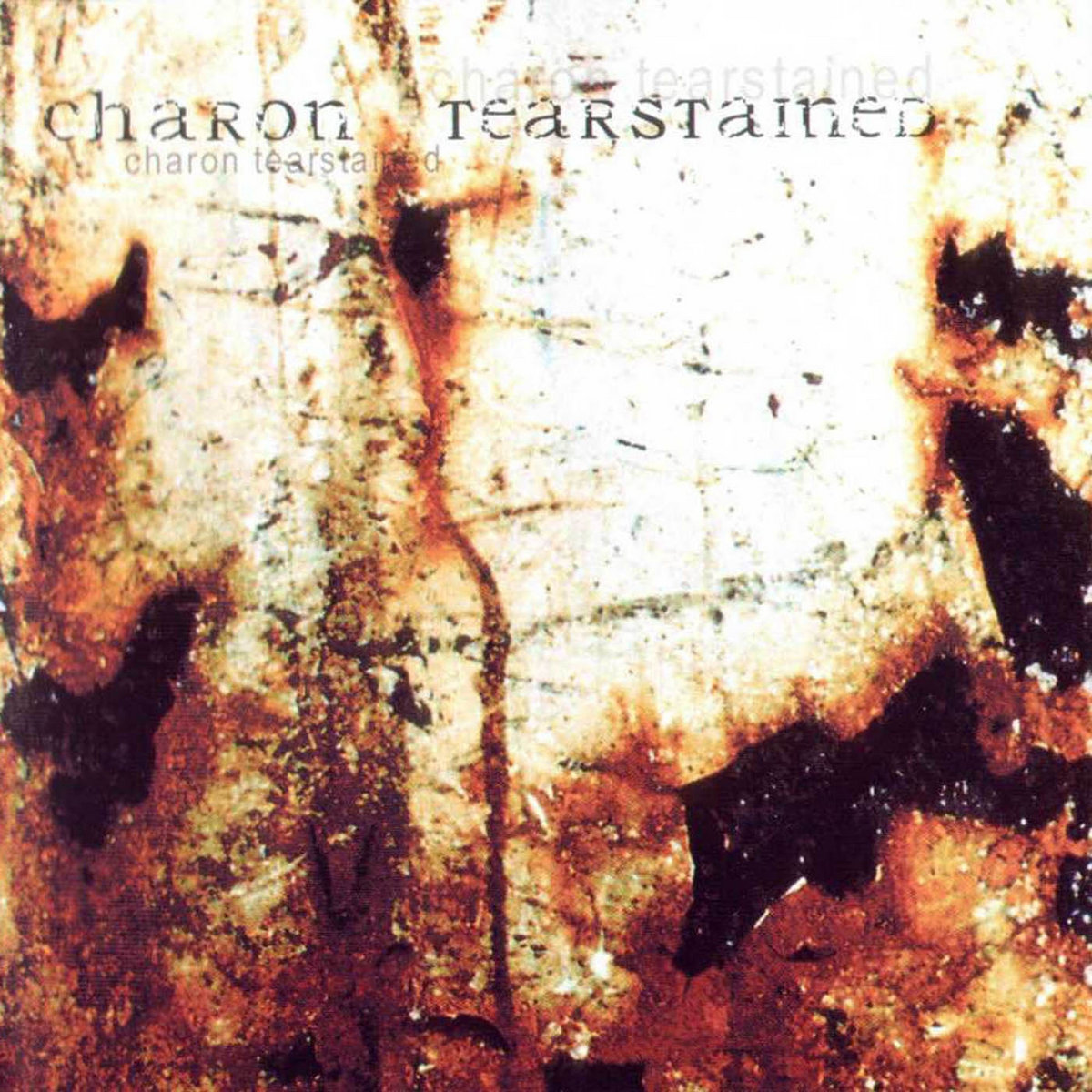 Taetre ‎– Out Of Emotional Disorder

Taetre – Out Of Emotional Disorder 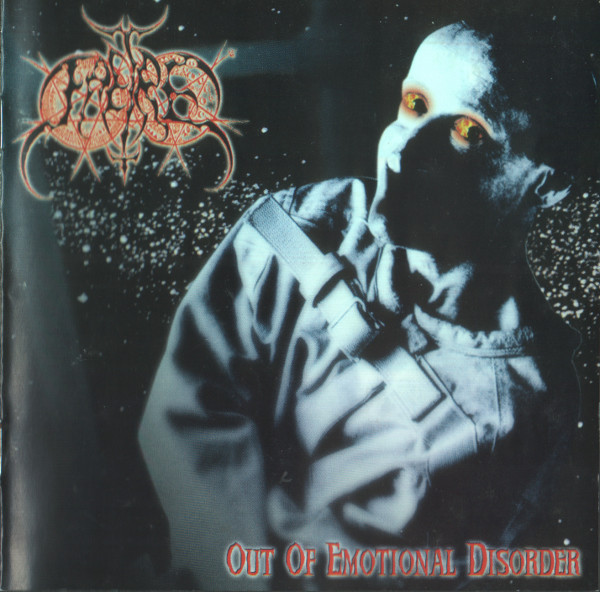 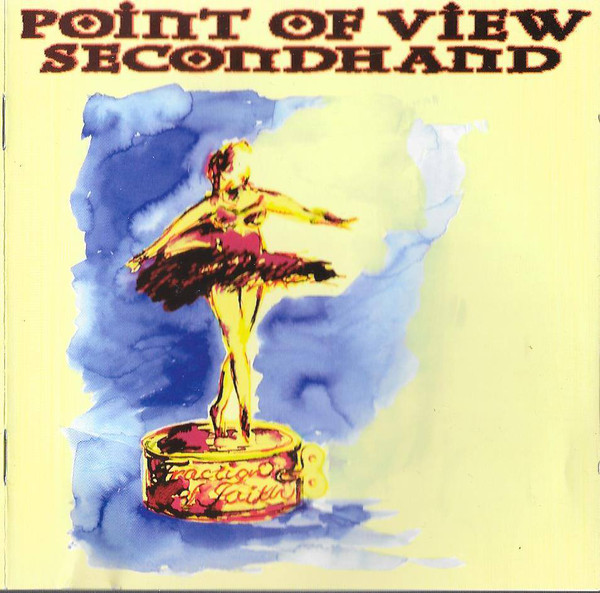 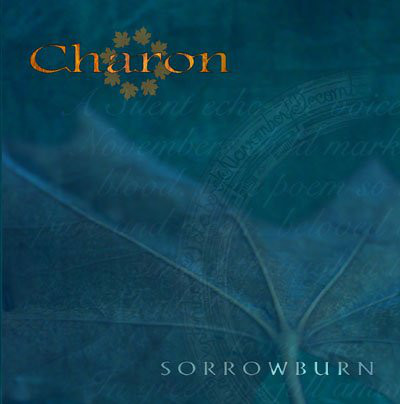 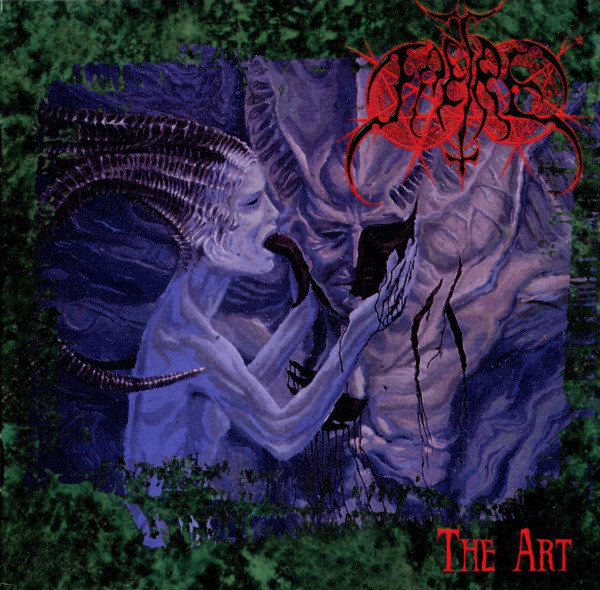 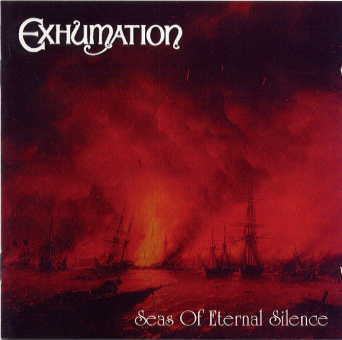